A new season of the summer hit series is now screening Tuesday nights on NBC. AGT America’s Got Talent 2022 News Spoilers to watch.

The auditions are in progress each week as acts try and win approval from the judging panel with three or more yeses to advance to the next round. One act receives a special pass-through to the live shows via a Golden Buzzer reward system. To date, we have seen three acts each receiving that past moment, Simon, Howie, and Terry have chosen an act.

Heidi and Sophia will feature this week or next.

Link for all new photos of acts appearing on this season

The live portion of the show begins on Tuesday, Aug. 9 and will last six weeks until the season champion is crowned in the spectacular finale.

Hayden Kristal is a Brooklyn-based former zookeeper who gave up a lucrative career in salamanders to pursue comedy and public speaking.

Speaking on the topics of diversity and intersectionality, Hayden has spoken for colleges and organizations across the country, including Harvard, Yale, Columbia, the Connecticut Supreme Court, and TEDx.

Sensational So You Think You Can Dance 2022 watch 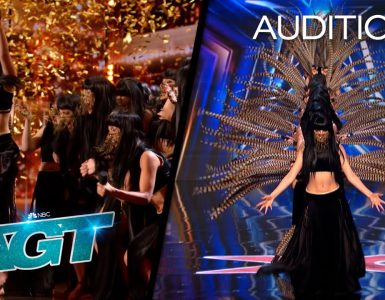 Season 17 is here for fans to enjoy this summer. The variety of acts shown is worth a watch. America’s Got Talent 2022 Full Episodes to watch. Each week Got Talent Global publishes the full episode of the previous...