7 hours ago Completely agree with Howie.. yes “she is moving millions of people at home right now”.

7 hours ago Completely agree with Howie.. yes “she is moving millions of people at home right now”.

Yu Hojin, a Magician performs for the audience, he is from South Korea. After a stint in the army, he toured with The Illusionists for seven years, starting in 2013. He appeared on an AGT results show in 2016 as part of the group. “the first Asian performer to win the Grand Prix Award at the FISM World Championships of Magic in 2012, and the youngest person to win the Magician of the Year Instagram

Gallery of acts performing this week

Amoukanama are acrobats, a Guinea-based circus company, and use the circus as a form of creating connection. Their act has music, somersaults, and even contortion. Website

Ballet After Dark group’s ballet has a real-life meaning impact in Baltimore, Maryland where they offer dance therapy to survivors of various levels of violence. Website Instagram Tik Tok

Golden Buzzer Chapel Hart Wows The Judges With Original, “You Can Have Him Jolene”

Chapel Hart is a Family country singing trio from New Orleans that released two independent studio albums and five singles. The group is one of the hottest unsigned country acts, as CMT selected them as one of the network’s 2021 “Next Women of Country” artists. Website Instagram Tik Tok “Cover Me Up” HERE.

Jack the Whipper is a Whip-cracker/Circus performer. Jack Lepiarz is the son of a circus performer. He performs a variety of circus-type performances across the US and holds Guinness World Records in whip cracking. Website Instagram Tik Tok Viral Video

Professor Murat’s Flea Circus is a Novelty act is an old-school circus with a touch of comedy due to the overdramatizing of his flea circus. HERE. Website

Sergio and Lucy is a Dancing rolling doll duo of dancing dolls, but with roller blades. Sergey Korolev, from seasons 10 and 13’s Sergey and Sasha, runs the act. The act has debuted in Vegas WATCH. Instagram

Sing Harlem Choir – Simon made the group do another song. Sometime I wonder if they are set up to add to the drama. The group has appeared on shows “accompany a variety of musical artists including SZA, Sting, Arianna Grande, Pharrell Williams, Alessia Cara, Lykke Li, Chance the Rapper, and Madonna.” Instagram

Svitlana Rohozhyna an Aerialist a Ukrainian, based in Las Vegas, was a highlight act of “the famous EXTRAVAGANZA SHOW, The BUDDHA BAR and LA BOUCHE THE SHOW. She specializes in aerial chandelier and rope acts where she hangs and swings from a chandelier gracefully. Website Instagram

Wenzl McGowen is a Saxophonist born in Spain and based in Brooklyn, NY. He appears to perform with a traffic cone on his saxophone. Instagram Tik Tok 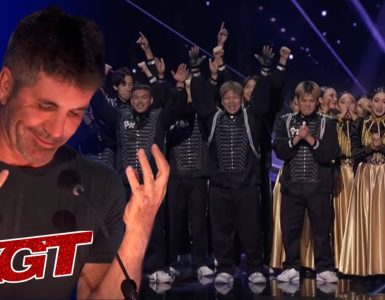 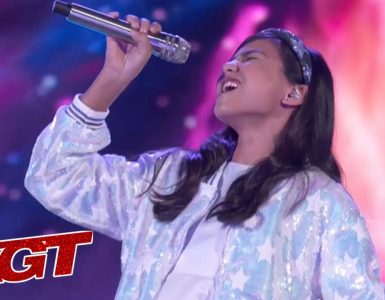