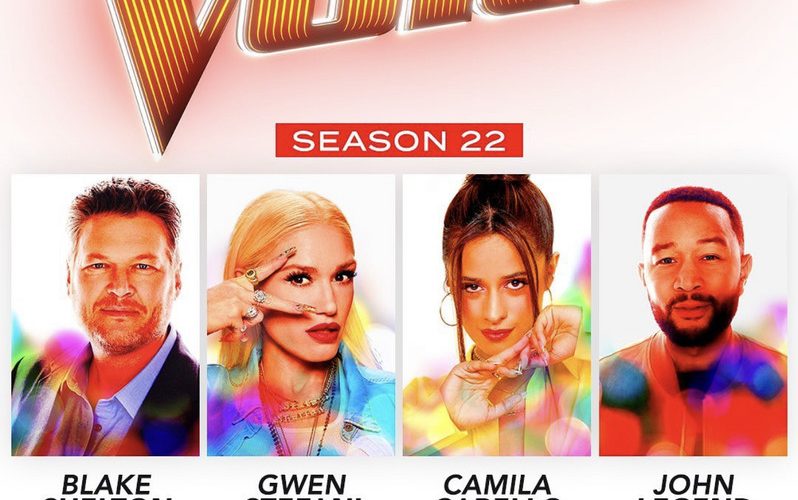 Read the new season 23 announcement below. Full details include the new coaches, the end of Blake Shelton’s tenure in 2023, and more.

Blake Shelton surprised fans of “The Voice” by announcing that he will be leaving the singing competition show after its upcoming 23rd season. On Tuesday, the country music superstar revealed in a…

“I’ve been wrestling with this for a while and I’ve decided that it’s time for me to step away from ‘The Voice’ after Season 23,” he said. “This show has changed my life in every way for the better and it will always feel like home to me. It’s been a hell of a ride over these 12 years of chair turns and I want to thank everyone at ‘The Voice’ from NBC, every producer, the writers, musicians, crew and catering people, you are the best.”

He joked that it takes plenty of “adult beverages” to successfully film two live shows per week.

Shelton continued, “ I’ve made lifelong bonds with Carson and every single one my fellow coaches over the years, including my wife, Gwen Stefani! I have to give a huge shout out to the singers — the ‘Voices’ who come on this stage season after season and amaze us with their talent and a special thanks to those who chose me to be their coach.”

“Lastly, it’s about y’all, the fans, who watch and support these artists, us coaches and everyone at ‘The Voice’ chasing their dreams. It wouldn’t happen without you!”

We now move into the team battles where coaches reduce their teams with the help of an advisor.

The premiere was a copybook-planned drama, Shelton was projected as a not winning team member while new coach Camila was strong and steady by the producers. Gwen and John did well with their choices, the came Blake’s first aired win. This will be a good season without the manipulated positioning shown tonight. Good luck to the contestants and coaches.

There was some speculation that surrounded the return of Ariana Grande this season. Plenty of fans argued for and against her next calendar year plans.

Camila Cabello replaces Ariana Grande as she committed to appearing in Wicked.

Gwen Stefani replaces Kelly Clarkson this season and is now married to Blake, making for some unique television. Clarkson has a full book of working events, from television to other media and music.

Blake Shelton returns for another season with fans speculating he returned because Gwen was part of this season. It may even be his last season on the show. Ten years and only one season of the show has its risks and benefits for him and his wife.

Can Blake win a ninth title and leave the show with a historical record?

Will he remain in the big red chair for another season if they return to two iterations per year?

NBC’s fall premiere schedule shows that September 19 and 20 are both two-hour episodes.

Casting and audition recording was completed in Los Angeles.

How To Audition for The Voice article and pdf.

All 16 ‘The Voice’ coaches ranked worst to best

How to compare and contrast each coach’s ranked in this article. I am sure you will have a different opinion.