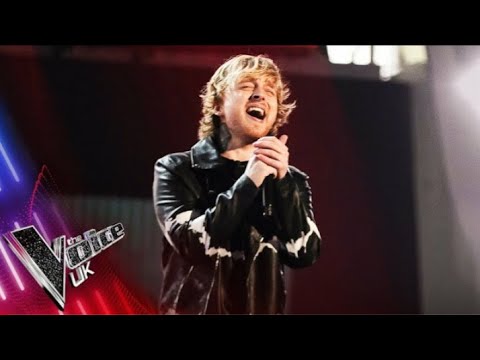 The eighth series concludes this Saturday with a final four. The Voice UK 2019 Series 8 Recaps Reviews.

In Summary, four acts were reduced to two – with one final performance and then the winner was announced.

One more song each… the vote reopened…five free votes more.

Deana sang Autumn Leaves…open for downloading, if she wins, was her song of the series…

Your lot is over – the vote closed and it will not count and you were charged!

The Winner was Molly!

Thank you following the series on here. BGT coverage continues next week…

Here are the finalists and their songs lists

List of Songs for The Voice UK 2019 Final read

Bethzienna Williams
New song: ‘Call Out My Name’ by The Weeknd
Duet with Sir Tom Jones: ‘Don’t Let Me Be Misunderstood’ by Nina Simone, The Animals

The coaches Gimme Some Lovin The Final

The last round aired  was The Knockouts Round 2 – 23 March 2019 at 8 pm. You can read our summary here or look back through the archive for older performances.

Results from the Knockouts and moving onto the live semi-finals

One wildcard act will also appear next Saturday night – the audience had a say for the first time this season.

Sarah Tucker is my pick. Who did you pick?

Nicole remains the outright favourite to win this season. Depending on your flavour, Moya, Cedric, Deana, Emmanuel, Molly, Jimmy and the boys from NXT all are good acts.

Teams – during the battles each team was allowed 10 acts, solo artists, duo or trio to be members.

Which coach has the strongest team? Who will benefit from a good steal? We will try and answer that here.

Our method included a popular betting market service, current acts seen and the coaching style/experience.  However, the underlying song choices, audience responses, production, performances, practices, and approach from each act during the battles will influence the remaining makeup up of any team. The goal is to find acts from each team to follow and eventually one to be crowned winner etc…

In Summary, these are the acts to follow this season!

The Battle of the season to date between Nicole and Luke. Only one winner, no steals.

Nicole Dennis vs Luke Swatman – two powerhouses from opera and theatre…the roof is blown off.

All positions are subject to change.

Here are the top tier performances and current odds…which are subject to change. Disclaimer: – This information is presented as a guide and not as a recommendation or otherwise to place any bet or exchange of money.

Round Three of The Battles UK

Nicole Dennis outright favourite to win this season faces Luke Swatman covering  Elton John’s Your Song…which should be the highlight of the round.

All images sourced from ITV.

Sir Tom Jones’ top three acts include Cedric Neal with 7.00 (third overall), Equip To Overcome (trio) with 13.00 These three should remain in his team until the final. His maturity and decision making has him the best coach in this series. Performances, practices, and approach from each act during the battles will influence the remaining makeup up of his and all teams.

A trio consisting of Gabrielle (20), Yolanda (20) and Shalom (20) from Kent. Blind audition song: ‘Blinded By Your Grace’ by Stormzy

23-year-old from Liverpool. Blind audition song: ‘Back to Black’ by Amy Winehouse

The 28-year-old musician from Barry. Blind audition song: ‘Cry To Me’ by Solomon Burke

Team Will best three include Ilianna with 6.00 (second overall),  Emmanuel Smith with 9.00 and there are several longshots that will make up his top three. He should retain these two throughout the competition. The unknown factor with him is he is not always predictable sending some hopefuls off to the exits early. One coach to watch closely.

Emmanuel Smith advanced to The Knockouts 2/3/2019

A trio, Cian, Sonny and Joel, all aged 21. Blind audition song: ‘Cry Me a River’ by Justin Timberlake.

A 16-year-old student from North Devon. Blind audition song: Can’t Take My Eyes Off Of You – Lauryn Hill

The final battles will feature

Team Jennifer Hudson has the strongest team members. Nicole Dennis is the overall favourite this season, followed next by Moya, and Sarah Tucker. Gisella Green with 9.00 could push into the three or become a steal candidate. These four will form the team backbone and JHud will likely take three all the way to the final based on their auditions. Performances, practices, and approach from each act during the battles will influence the remaining makeup up of her team.

Remember Monday Advanced to the Knockouts 23.2.2019

Trio made up of Charlotte Steele, Holly-Ann Hull, and Lauren Byrne. Blind audition song: Kiss From A Rose – Seal

34-year-old from Essex. Blind audition song: ‘In My Blood’ by Shawn Mendes

The 28-year-old musician from Barry. Blind audition song: ‘Cry To Me’ by Solomon Burke

Olly Murs has three top acts placed as follows, Stefan Mahendra at 7.00, Nikki Ambers at 9.00 and Molly Hocking at 11.00. Again these three should remain in his team through to the finals. Unless he can not make his mind up as the least experienced coach on the panel.

26-year-old from Weston Super Mare. Blind audition song: ‘Have A Little Faith In Me’ by John Hiatt

The first episode of the new series aired on Saturday 5th January 2019 at 8 pm on ITV.

Here is our recap of the first episode Jan 5, 2019 – first ever Trio audition 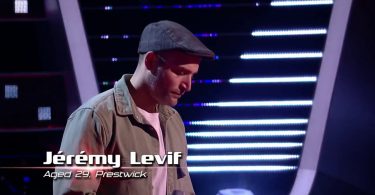 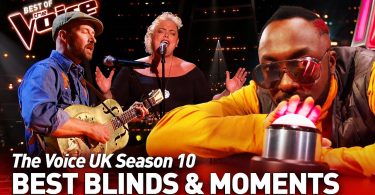 Lauren Drew Voice UK 2021 Performance videos watch Out of all the acts that auditioned 40 advanced...

The Voice Blind UK 2021 Auditions Weeks 1 – 5 videos Here are the highlights of the current... 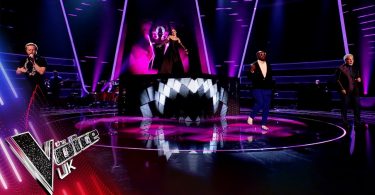 Snow Leopard unmasked and revealed to be Gloria Hunniford OBE

Snow Leopard unmasked in the second instalment of The Masked Singer

Chandelier unmasked and revealed to be Heather Small.