Here is a new clip from the series…

Clare and Dale, sittin’ in a tree… pic.twitter.com/AObI6BBSPt

(SPOILERS): “Bachelorette” (Tayshia) filming IS bringing family/friends of contestants to the La Quinta Spa and Resort, & they are being quarantined and tested before appearing.

(SPOILERS): “Bachelorette” (Tayshia) filming IS bringing family/friends of contestants to the La Quinta Spa and Resort, & they are being quarantined and tested before appearing.

42 guys were posted in July a couple days b4 filming began. Some of them never got cast. Some of them were cast night 1. And some never met Clare and weren’t brought on til Tayshia became “Bachelorette.” So Tayshia DIDNT just get Clare’s remaining guys once she left.

Tayshia has had either 3 or 4 rose ceremonies of her own already.

The lead finds love and leaves the show.

Reality Steve believes Clare and Dale are together. Production continues with Tayisha taking the lead and Clare remains on set. Read the report and speculation in the link below…

An update on “Bachelorette” filming…what to believe? I talk about what I know today at: https://t.co/R5hA7Lu0DB. Enjoy…

The other men are left without a lead and no show to promote themselves. But wait…

The situation is getting weirder by the day. Now Hannah Ann is there with a giant suitcase in tow? Oh boy https://t.co/chZg4phFQc

From Twitter and Reality Steve… Tayshia is the new bachelorette. More questions than answers really.

This is getting more and more bizarre. IF this is true, this has to prove that Clare and Dale were speaking pre-show. https://t.co/ekDiWQw1kw

Seems Clare and Dale have some relationship forming before recording production commenced. Does it seem the producers are not holding her to a contract for finishing the show…maybe there is an escape clause inserted to protect all participants post-COVID 19?

So we can at least acknowledge now that, yes, Tayshia is the new “Bachelorette.” Who are her guys? When does she start her journey? Did she already? Are guys being flown back in having to quarantine again for a week? All questions we don’t have answers to now.

But Clare has definitely moved on with Dale in some capacity, we don’t have confirmation they were talking pre-show but we assume they were, and her story will be shown when the season airs in September. That’s where we’re at right now. Will update as I hear anything more.

The unconfirmed story…that may be valid…

If you have 2 hrs to kill, here is the link for tonight’s live: https://t.co/F18dYWmXZs First 40 min talked about “Bachelorette” & got joined 25 min in by @AshleySpivey then got joined my @demi_burnett for over an hour.

(MAJOR SPOILER): I’ve been made aware of this Reddit post making the rounds. Been on the phone for the last 2 hrs digging. I cannot confirm with 100% certainty if it’s true yet, but if you ask my opinion, I think there is some serious validity to it based on what I’m hearing now pic.twitter.com/y0SudK7Pcl

Why would production be seeking additional resources aka contestants into week 2? Speculation begins.

THIS I can confirm actually did happen. Why? I have no idea. But guys who were cut and never made to night 1 were reached back out to in the last week and asked back. None have accepted as far as I’ve heard https://t.co/QBbNgMH57E

She signed a contract for the show. You can’t just quit in the middle of it. If that were the case, PLENTY of other former leads would’ve done that once they knew who wanted early on. So dumb. https://t.co/nnvG2n2WQf

And the rubber meets the road right here between lead and Dale.

(SPOILER): Although early social media activity was leading people to believe he never made it on the show or was eliminated night 1, that was never the case. Dale Moss received Clare’s first impression rose. pic.twitter.com/R5eqKRXhUZ

Probably the most important fun fact in regards to casting older: Of the 25 new men added today, 20 of them are 30 or older.

We are giving you an early look at the men who may be on this season of #TheBachelorette! Leave a on Facebook for who would get your first impression rose. https://t.co/j160fg9pKt pic.twitter.com/AGWYjrF9d6

You guys, this is not the La Quinta that you see on the side of the road you can book for $50 a night. This is one of the top resorts out in the desert thats held numerous golf tournaments and is the hot spot during Coachella week. pic.twitter.com/3g6hHhJLFV

(SPOILER UPDATE): Right area, wrong resort. Clare and her guys will be filming her season exclusively at the La Quinta Resort & Club (@LaQuintaResort) in La Quinta, CA, not the Ritz Carlton Rancho Mirage in Palm Springs. The guys are arriving today.

Cast and crew head to Palm Springs California around July 9, quarantined, filming starts a week after that date. The resort is named in the below tweet.

Cast changes are also happening, as discussed by Reality Steve!

(SPOILER): I’m hearing that Clare, cast, & crew will arrive in Palm Springs, CA around July 9th/10th, everyone will be quarantined for a week, then filming will begin around the 17th. The resort where the whole season will be filmed, I believe, is the Ritz Carlton Rancho Mirage.

In terms of the cast, they released 32 guys that were set to be on her season back in March. Clearly not all of them will be back on. They did recast. How many? I don’t know if it’s 5, 10, half the cast? Of new names I have, they definitely went older, so that’s good I guess.

Assuming Clare’s season does film in July/Aug and airs in Sept as expected, it’s official now that it’ll be airing on Tuesday nights. DWTS keeps Mondays.

So note the change to Tuesday nights… and the second

Some clarification on filming for Clare and Matt’s seasons…

Some clarification on filming for Clare and Matt’s seasons… https://t.co/3uGmdAZ74l

Officially – production has been postponed for two weeks…

Unofficially – it may take two months to resume production.

Now, I’m not an expert or anything, but I can pretty guaran-damn-tee you that “Bachelorette” production isn’t going to resume in two weeks. Two months maybe, but certainly not two weeks the way things are going right now. I know a lot of you want answers and how does this affect filming, and Clare’s guys, and “Bachelor in Paradise,” but the reality is, when we’re literally living hour-by-hour trying to find out how as a country we’re going to adjust to this, there are no solid, hard answers. All we can do is speculate at this time. 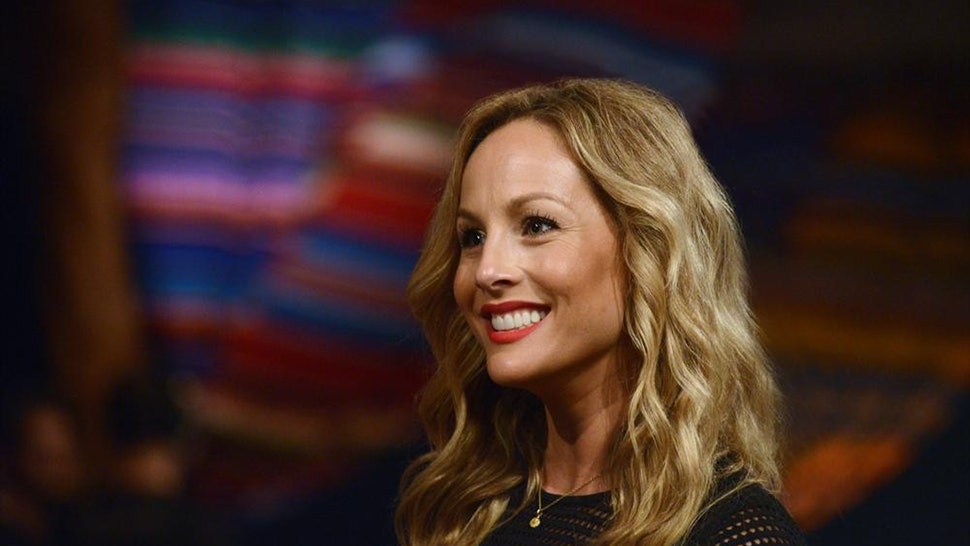 As we move into the production phase of this season you can learn about the cast, locations, and behind the scene details from our source. We will bring you the headlines with links so you can dig deeper if needed.

First kick off this week…32 possibile guys names….go ahead start browsing her field of candidates….

Here is one example…click the link to see the rest….

(EXCLUSIVE) Clare’s guys have been posted on the “Bachelorette” FB Page. They posted 32 guys. I had 19 of them ready to go. You can see them at: https://t.co/VNpfg9SRkY. My column will be up in a few hrs in regards to last night’s dumpster fire. A LOT going on.

(EXCLUSIVE) Clare’s guys have been posted on the “Bachelorette” FB Page. They posted 32 guys. I had 19 of them ready to go. You can see them at: https://t.co/VNpfg9SRkY. My column will be up in a few hrs in regards to last night’s dumpster fire. A LOT going on.

Countdown to Monday on Good Morning America will be the launch pad for this new journey from a past cast member that has appeared in several sequels.

His name is Cameron Duffy, he’s 28, from San Diego, CA. Good thing I knew about him earlier this week before he turned his IG private. Works for Colliers International in Irvine, CA. Attended Azusa Pacific University where he ran track. pic.twitter.com/WjGDmTR4yG

According to Bachelor Guru Reality Steve….

(BACHELORETTE SPOILER): Monday morning on GMA, Clare Crawley will be named the “Bachelorette.” As a refresher, she finsished 2nd on Juan Pablo’s season, was on BIP 1 & 2, and was recently on Winter Games. Refer back to my thoughts Thursday as to why I could see this decision. https://twitter.com/realitysteve/status/1233098989635018755 …

866 people are talking about this

Arie came out of nowhere. He hadn’t even been on Bachelor programming for 5 years. It’s only been 2 for Clare since Winter Games. And Clare has had chances, just like Nick did multiple times, that for whatever reason didn’t work. Would it still surprise me? Absolutely.

This show is all about who has a story they can sell to their audience. And Clare no doubt has a story. Not saying it’s any better or worse than someone else’s story. I’m just saying I can see where they’re going if it does end up being her. 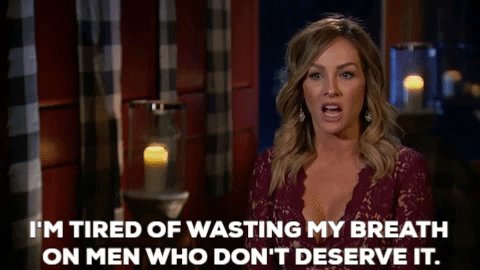 See In The Flow’s other Tweets

(SPOILERS): I know everyone has their opinion because they wanted this girl, or they wanted that girl. Just know no one cares if you tell us you’re not watching. It’ll definitely be an interesting season for sure. Clare is passionate, emotional, and def falls hard.

-The other day I gave you one US location they’ll be at for an episode and that was Chattanooga, TN. That’s at the end of March, so should be episode 4. -One international country I can confirm today is Iceland.

-Wikipedia is wrong. Clare is 38 and will turn 39 a week into filming. Her bday is March 20th. -Filming begins on Friday, March 13th. -I’m still assuming on Part 2 of Peter’s finale on the 10th, Clare will meet 5 of her guys

Let’s take a look back at some of Clare’s career highlights on this show, shall we? This was a classic when she told Juan Pablo off at the final rose ceremony… https://youtu.be/tY34-hgeUuw

84 people are talking about this

28 people are talking about this

Your favorite Coaches are BACK.

Here’s the US Weekly story https://t.co/wS5r5pIGkc